Skip to content
Home/UUFH Social Justice Ministry wants you to know that Juneteenth is celebrated on June 19th, this week.

UUFH Social Justice Ministry wants you to know that Juneteenth is celebrated on June 19th, this week. 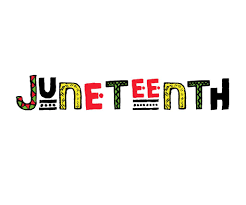 Juneteenth, also known as Freedom Day, Jubilee Day, and Cel-Liberation Day, is an American holiday celebrated annually on June 19. It commemorates June 19, 1865, when Union general Gordon Granger read federal orders in Galveston, Texas, that all previously enslaved people in Texas were free. It is significant because it marks Emancipation of the last remaining enslaved African Americans in the Confederacy.  It is culturally relevant today because it is one of the oldest African American celebrations and is becoming a more significant African American tradition today. Some companies are giving their employees the day off and festivities are planned around the US.  There is also talk of making it a national holiday.